At Wargaming’s headquarters in Cyprus is the Research and Development department that oversees new and exciting ways to entertain and delight video game players across the globe. Our R&D Operations Director, Aleksandr Zezulin, shares his stories of his time at Wargaming.

Aleksandr, what do you do at Wargaming?

Aleksandr: At the moment, I work as the Operations Director for a small department at Wargaming called Research and Development. Within this department, we do a lot of experiments to find out new gameplays, new ways to interact with our audience, and basically new products for the company to expand our audience beyond what we have. Of course, Wargaming is great at doing vehicular competitive free-to-play games, and we’re trying to take a step away from that- not a giant leap, just a step to try and find what types of games we can build from our foundation. I essentially oversee the daily life of R&D.

Could you tell me more about the R&D Team?

Aleksandr: We are situated here in Nicosia, at the company’s headquarters. Part of our team is in Minsk, which are the majority of our engineers and some of our Publishing team, and a we have a small presence in Tokyo and Los Angeles. The thing is, the team is very small; overall around fifty people.

Aside from the Wargaming employees in R&D, we also work with a lot of third-party studios. Within R&D, all of the projects we do, no matter if it’s a prototype or a product that is ready to market, we do with third-party studios. So, a big part of my work, aside from working with R&D, is working with these third-party studios doing a little bit of business development, plans, and negotiations. I’m involved in pretty much everything in terms of the R&D process. Since we work with multiple external studios across the globe, we have a great opportunity to travel the world.

What’s it like working with so many studios on different game ideas?

Aleksandr: To be honest, it’s really exciting because we’ve been part of a large, safe, and established organization like Wargaming for a very long time and working in R&D is very different. Working with outside teams that are small and hungry reminds me of my time in startups which is great. R&D gives you the opportunity to work hands on with new ideas and products at the same time across various studios. I love it because it gives me the capability to work on the ground level with teams that are small and need to be as efficient as possible.

It does also get exhausting because I’ll be working with multiple people globally in different time zones, but I really love what I do so it makes it worth it.

What’s the most difficult part of R&D?

Aleksandr: It’s the same as the most exciting. It’s working with talent that’s not part of the core Wargaming team. They’re not part of the chain of command, so you can’t make them do something; contract obligations only go so far. There’s a difference between people doing something for money versus people doing the same thing because you motivated them to be excited about the project. We spend a lot of time talking and spending time with those different studios. Yes, it’s exciting to work with so many different teams, but it’s also very difficult. You can’t afford the same level of comfort when you’re working with people that are not part of your organization.

Aleksandr: Ah that’s really a nice story. This was seven and a half years ago. I was working in Moscow for ten years in game development; in small startups, game studios, and corporations. Eventually, I grew really, really, tired of Moscow because that city that was too big for me and working at big companies and startups was just really exhausting. I wanted to find something more suitable for my size. I found out that a lot of my friends from Moscow game development studios moved to Minsk to work at a company called Wargaming. I’m half Russian and half Belarusian so I thought it was a nice fit; Belarus is like my second homeland.

The company was around a hundred people at that time. Victor Kislyi [CEO and Founder of Wargaming] and Slava Makarov [Head of R&D/Product Director of WoT] interviewed me in the office cafeteria and we decided that I would work remote in Moscow for three months. After those three months, I went to them and said “You know what? You guys are too busy, and I have to move to Minsk. It’s just impossible to do it all remotely anymore”. So, I joined as an Associate Producer for World of Warplanes, and then I ended up working on a few different things. I was the person in charge of a couple of different internal producers from across the company. We were a producing center for Wargaming in Minsk.

I liked Minsk. It’s a cozy town- a big one, which is surprisingly good. Wargaming was a small company at the time and was focused on very good games; not too big not too small. It was a company that worked on proper sized games and proper sized projects.

After a while, we moved part of our team to Cyprus, and the producing center we built ended up in different parts of the company worldwide. In Cyprus, we wanted to rebuild something like the producing center we had before to work with third-parties. We saw that there were limitations with the internal studios to work on new projects based on how much work the internal teams can handle, and the costs to build capacity in the internal studios was too much. We’ve tried it before, but we wanted to be able to try more risky things with crazy ideas in a more flexible environment that’s more cost efficient; that’s how R&D grew into what it is today.

What does that process look like when working with third party studios when you’re prototyping new ideas?

Aleksandr: In most cases, we have an idea in the beginning, phase zero, and we start discussing it internally. Usually, it takes several meetings in R&D because we believe in collective game design. We try to use different methodologies of creative thinking like lateral thinking, design thinking, and Theory of Inventive Problem Solving when we have these discussions. We try to adopt creative technologies to game development, think on how to adopt these ideas, and how to measure them. After all that, we describe the scope in a proper way though our pitch template.

We try to understand what kind of prototyping we need, and then we go to third party studios to try and build that prototype. After that, we have someone that becomes a creative lead for this idea, and we go to Victor for a CEO pitch to get the non-greenlit product funding to start on pre-production with some materials and some research. Only after that do we start to sign with the proper studio that can deliver the project from pre-production, production, and beyond. In the prototyping phase, we have one creative leader to direct that process, if this prototype moves forward, we start building a team which will eventually become a product team.

What’s the most exciting thing you’ve worked on?

Aleksandr: I really loved working on Master of Orion. First, Victor Kislyi was really involved in the project so it gave me a lot of time to talk to him and learn from him regarding game development. I also really liked the studio that we worked with from Argentina, they were really passionate about the game and it’s always cool to go somewhere where people are working on games they are passionate about. The added bonus was that I was able to work on my favorite gaming genre, 4x strategy.

What does it take for someone to be in R&D?

Aleksandr: It depends on what part of R&D you want to be part of. Essentially, you need to be a good a programmer in our programing languages for engineering.  For the creative part, it’s mostly about chemistry, and if you fit with the team or not. You need to be ready to participate in activities that are more focused on the whole rather than the individual. We need people that have crazy and creative ideas, but these ideas need to be tempered by logical thinking. You can have this crazy brainstorming session with multiple ideas, but it ultimately needs to go into a document that goes to an external studio that wasn’t part of that original discussion. So, it’s kind of tricky. But this is trainable. So, if they fit with the team, we can work with them.

R&D is risky. Everything we do could fail, but there’s that hope that we find something really wonderful.

Aleksandr: I’ve been in Cyprus for around three and a half of years. Cyprus is a very beautiful place to work. You don’t get access to things you might have in bigger cities, but the food is great, and the people are really good, calm, and friendly. What’s nice is that I ended up friends with my colleagues and other people that have relocated to Cyprus. 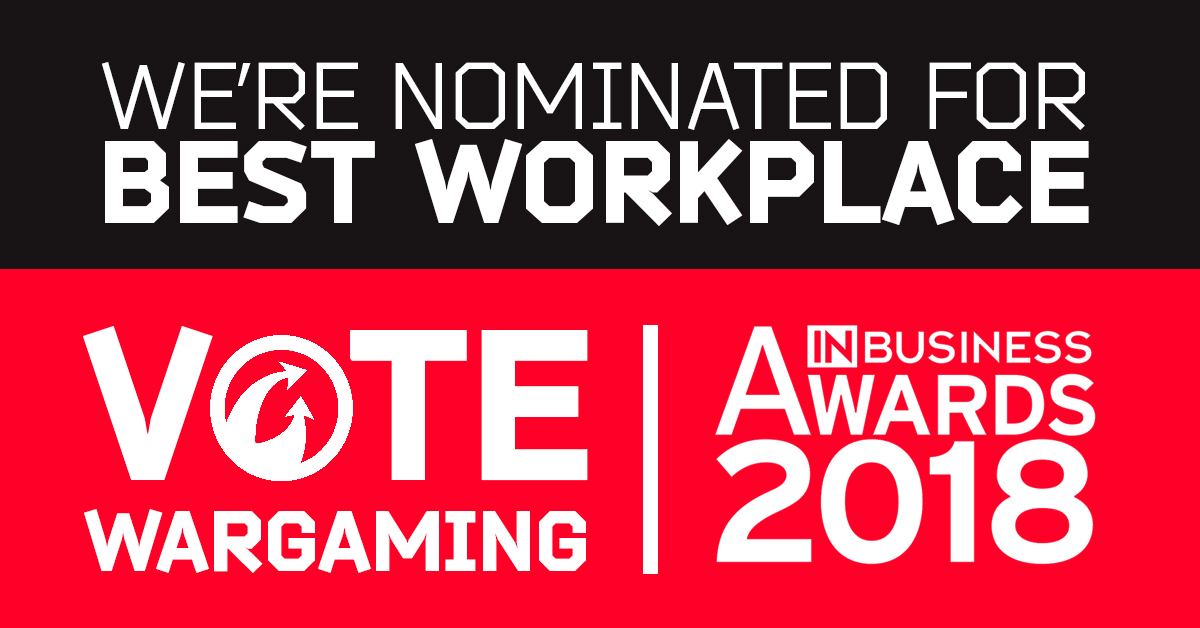